This weekend we spent in Vancouver. I had foolishly signed both Chris and I up for the 2011 Vancouver Sun Run 10km race. This was back in mid-winter when running a spring 10km seemed like a great idea and I was sure I’d be back into the swing of things in terms of training after my winter hibernation. Oh, how wrong can a girl be?! 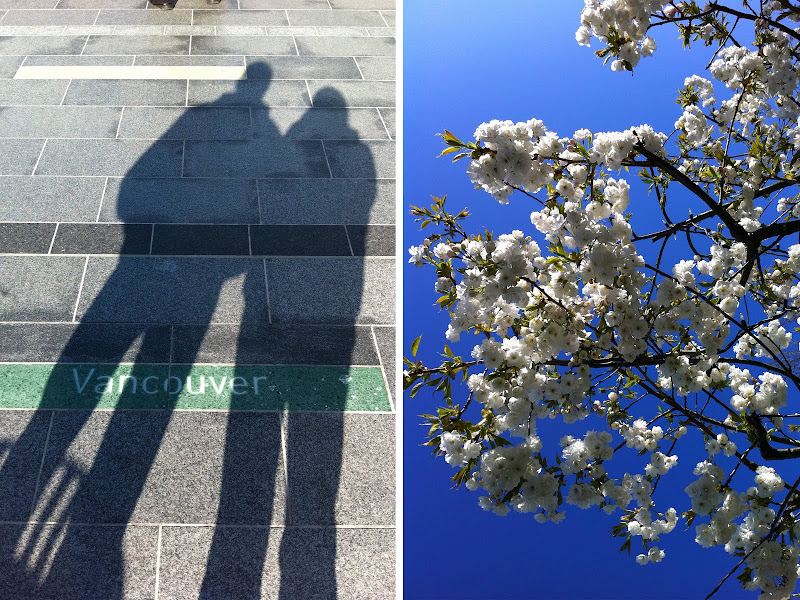 My spring training has been slow in getting started it must be said. I have the willing, just lacking in the motivation and get-up-and-go to actually go. I did clock 50 miles in March which I grant you is not too shabby, and ran 4 days a week. However my pace is much slower than when I started running last year and I’ve struggled with any kind of distance – sticking mostly to 5-7 km runs.

However none of that changed the fact both Chris and I had entry to the second largest timed road race in the world (a neat fact, but so far I’ve been unable to find out what the largest is). A weekend in a hotel in the city did add a little sugar coating to the ordeal so off we went. 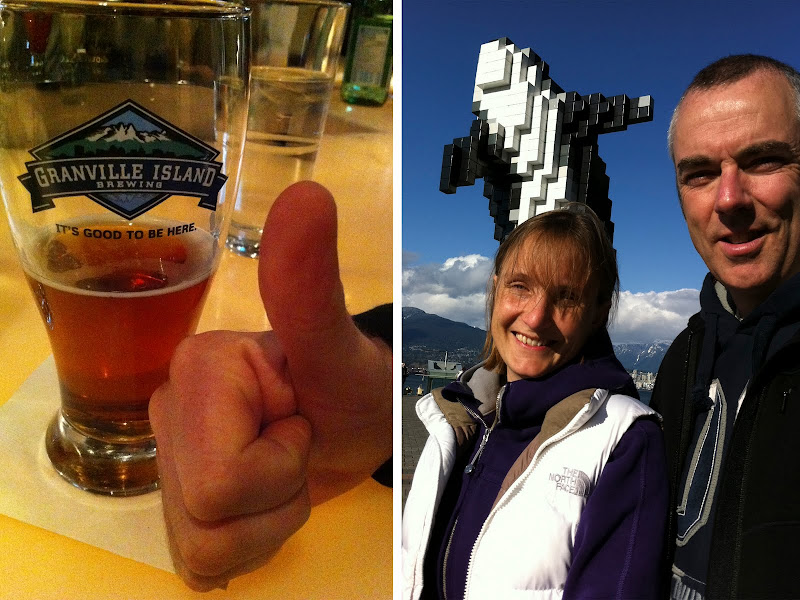 Vancouver put on its bestest, brightest, sunniest face to welcome us, so things really were looking better and better. We collected our race bibs, timing chips and tees and then spent an awesome afternoon on Saturday strolling along the seawall, along Robson Street and around the city. The blossom was out, the sun was shining, the mountains still had a lovely sprinkling of snow on the tops and life was good. We were in high spirits.But then, it was getting close to dinner time. And what better way to relax than to have a drink before dinner? Or two, oh go on have another, well just one more before we move for dinner, a drink with your dinner sir? – oh go on then! And before we knew it we were stumbling back to our hotel for – hic - a restless nights sleep – hic. burp…

Ah joy. Chris had sportingly agreed to walk like a snail and plod along with me for this race. His last 10km was in Spring 2006 so he wasn’t exactly planning a PR and I loved the idea I finally had a running partner. However he’s had a few issues with a tight hamstring lately so between the hangover and the concern for his hamstring we were getting close to agreeing just to have a nice ‘Sunday morning stroll in the city’ and just walk the course. I also had no expectations about beating my ’06 Sun Run time but even so, come 9am I was game for a little light jogging! 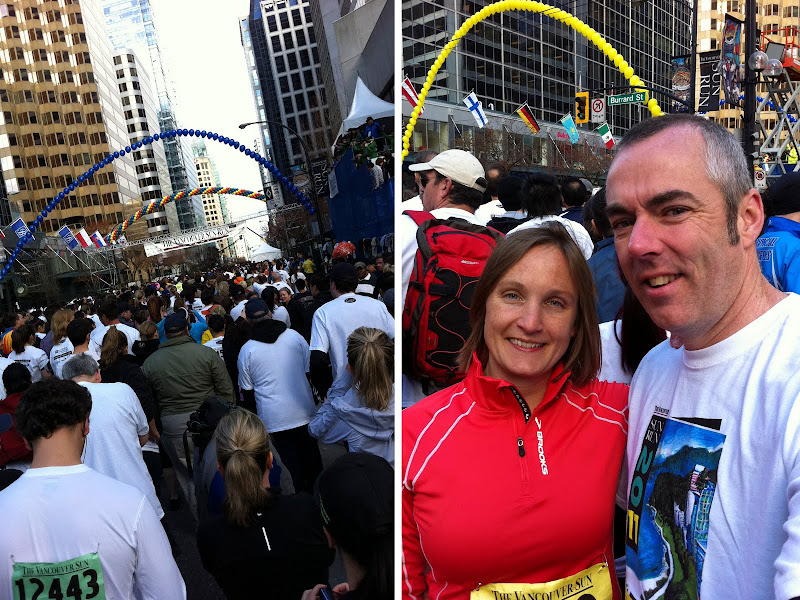 Seriously I love this event. 50,000 people getting out there, running, some in fancy dress, all in high spirits does that to you! And I am so glad to have been a part of it. We did not set any records. But I had a blast. I didn’t have to stop and walk. The previous night’s dinner did not make an appearance. The sun DID! And we ran along to the sounds of everything from rock n’roll to traditional native drummers. 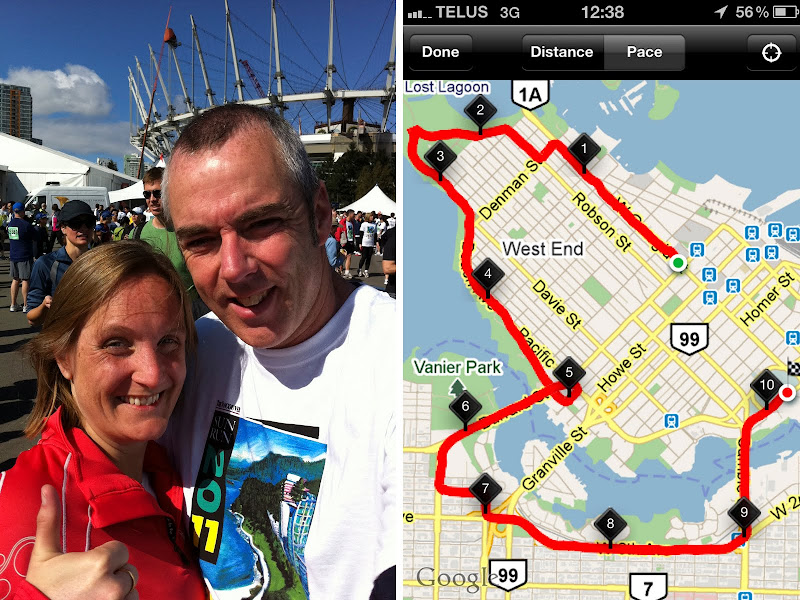 The Vancouver Sun Run rocks! And I just did my longest run since November last year!
No comments: 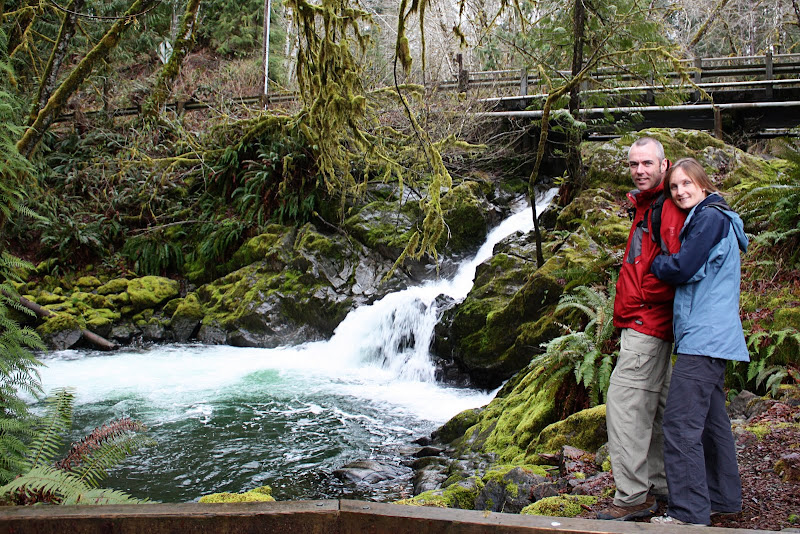 We spent last weekend celebrating our ninth wedding anniversary. Not exactly a new country this year but to open up the game a little we’ve decided to split the provinces and states of Canada & the US respectively – so it WAS a new state!- Washington. Having already enjoyed a week away in the sun this year we opted for something a little chillier and wetter – the Olympic Peninsula. We visited for a few days back in October 2005 so knew what to expect (rain perhaps?!) especially since the accommodation I was booking was situated in a temperate rainforest.
The weekend started early for us and we got to Bellingham, WA on Friday in time for a pint at the Chuckanut Brewpub right down by the waterfront in old downtown Bellingham – such a great little find with some seriously tempting food – we resisted but did leave with a 64oz Growler full of their finest Red Ale ready for the rest of the weekend! 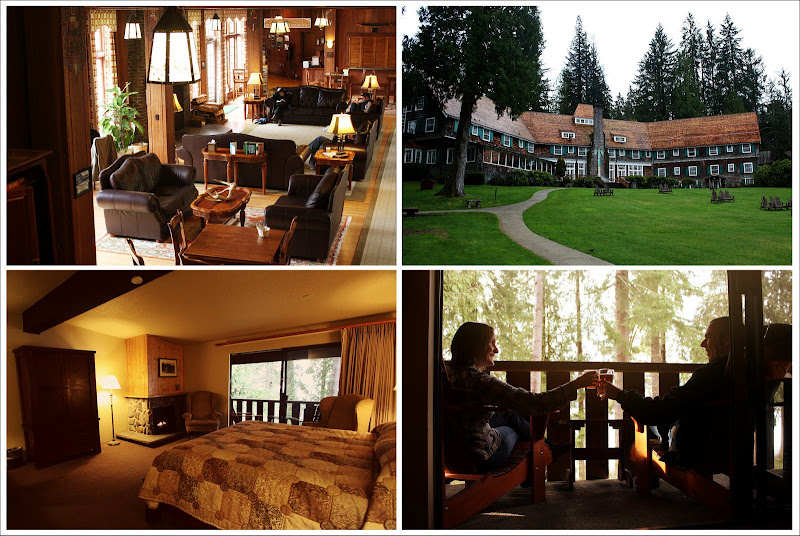 Next morning we headed south and headed for Quinault, right on the edge of the Olympic National Park. We stayed at the wonderful historic Lake Quinault Lodge. We treated ourselves to one of their fireplace rooms overlooking the lake and were not disappointed. Everything about the place was perfect and we loved every minute of our stay! We spent plenty of time sitting by the fire, drinking and reading and glancing up every so often to gaze at the view and pinch ourselves to remind us how perfect it all was. We were so wonderfully lazy that both nights we ended up eating at the Lodge restaurant – once visited by FD Roosevelt himself and hence now called the Roosevelt Room, again with views of the lake and some early season hummingbirds feeding right outside the windows. We donned our waterproofs and boots for a hike through the rainforest and along the lake. 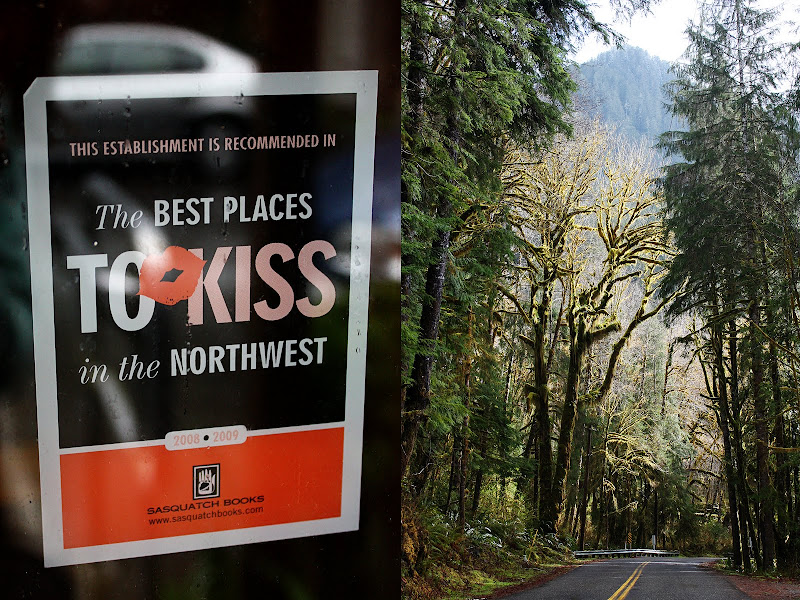 (Definately a worthy recipient of this award - Best place to Kiss!! - and perfect for an anniversary getaway!)
Monday we said goodbye to Quinault and headed north (the only road encircling the Olympic NP). We passed windswept beaches full of driftwood (and rain), passed through Forks (home of Twilight, Vampires and all that jazz – no peculiar sightings today – perhaps the incessant rain kept them at home for the day!) and Port Angeles. We ended up in Port Townsend for the evening. PT is a charming historic port town with some beautiful old Victorian buildings – in fact most the district is designated a national Historic Landmark. 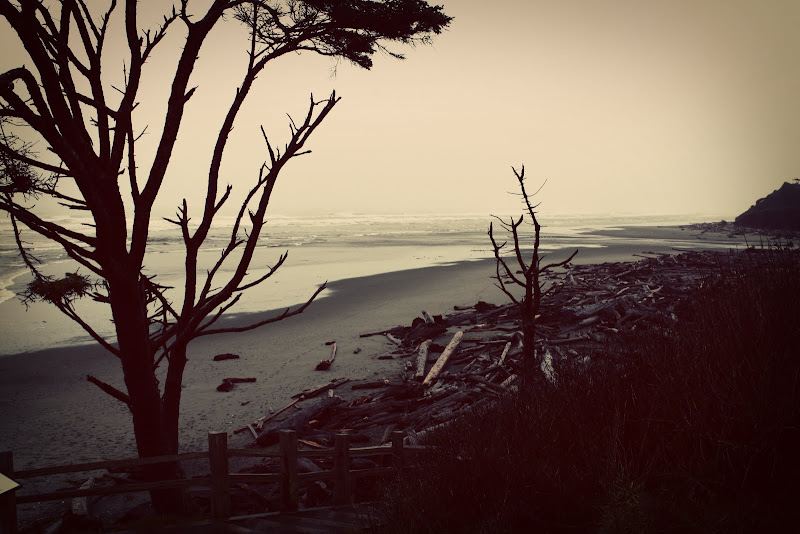 Our final day we caught the ferry from Port Townsend to Whidbey Island and then north to Canada. We lucked out a little when I noticed that the annual Skagit Valley tulip festival takes place during the month of April. Still a little early for the tulips the daffodils were in full bloom and we took a detour to pass through field upon field of bright yellow blooms – so pretty.
It really was such a fabulous weekend. And thank you to my wonderful husband of nine years for giving me the excuse for another mini-vacation!
No comments:
Newer Posts Older Posts Home
Subscribe to: Posts (Atom)