Progress on my 2011 Manifesto has been going grand this last month or so. July has been my busiest month so far for ticking things off the list - 6 items in just 3 weeks! And now I have checked off more than half - 21 items out of the 37, plus I still have an additional 6 items that are 'in progress'.I have enjoyed the focus that making this list has given me. I am all too guilty of sitting on the sofa reeling off all the things that we could've, should've done! (but at the time I was obviously preferring to sit right there, and I'm OK with that too for the most part!) But it does remind me of my favourite quote of all time 'You'll never regret the things you do as much as the things you don't' and let's face it, I don't often look back and grumble that I would've rather spent my time chillin' out at home on the sofa!

The 'Growing my own vegetables' item (#10) was 'in progress' for a while. But finally this month I thought it deserved to be checked off! I successfully harvested green onions, leeks, lettuce, arugula and peppers (and so far just one baby cherry tomato - but lots of others are ripening as we speak!) This was the first year I had my own veggie beds so I was excited to get stuck in...it's been a huge learning curve for me. After a month of eating lettuce for nearly every meal I have figured out I will need to pace it out next year! I will also plant LOTS more onions as they've been awesome! I would also like to try some squash next year (and although they were OK, I wouldn't bother with the leeks again - they were very small) 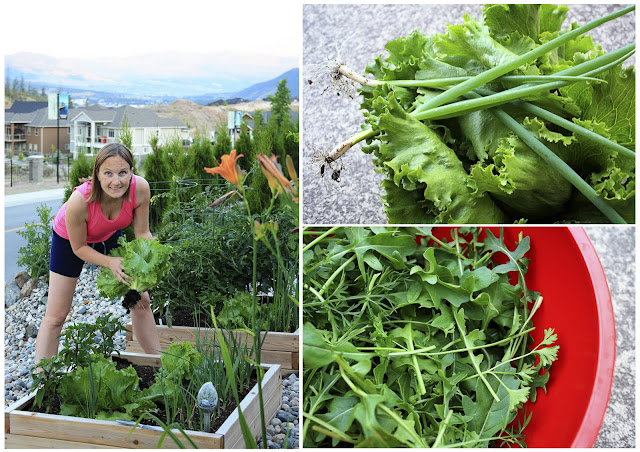 There are a few items I have some concerns about achieving- and they involve exercise! Whilst I'm now only a little behind schedule on the logging 600miles running/walking this year, I am a long way off my pace from last year. I'm wondering if the few extra pounds I'm carrying this year is enough to make that difference, it's that or I'm getting old(er!) The sub 56' 10km could have been overly ambitious, but we'll see. Yoga and a Bike ride....uh, yes no plans for either at the moment - must figure something out!

We did get to see a very funny live comedy show (#27) at a local golf club - the Hacks Comedy tour (With a quartet of comedians off the telly apparently - I'd never heard of them, but then I don't watch TV, so...!). And as well as being great entertainment we got a steal of a deal - $10 per ticket including our first drink! A very cheap and entertaining date!

A couple of weeks back we went camping (#20) A group of us from Chris's work all took off on the motorcycles (About 10 bikes) for a weekend. It was supposed to be a 2-nighter, but I got to 2 days before we were heading off before I realised I had to be at work on the Monday so we just had the one night camping, and a full days riding in Washington! A fun night with half a dozen tents crammed into one camping spot right by the river in Midway, BC! (there were 3 basic choices when pitching your tent - either the street lamp, the snorers or the the slope of the river bank!) - we plumped for the street lamp and got a reasonable nights sleep, before packing up the tent the next morning with Chris's wallet still inside! (it was packed up and strapped to the bike before we realised - doh!)

And this month I also finished reading my second non-fiction book this year (item #29 check!). Born to Run by Christopher McDougall. Loved this book. Wishing I'd bought my own copy rather than borrowing from the library. A fascinating account of the Tarahumara tribe of the Copper Canyon of Mexico - plus some interesting debates on the topic of barefoot running and injury free running. As well, just a truly uplifting and inspiring 'story' of ultra-runners (crazy, crazy people who run races upwards of 100m - for fun -like I said - crazy!) and the Mexican tribe they travel to race with.

Some good progress, now it's just those nitty gritty 'why did I publicy state I'd do those things' left to go!
2 comments:

Last Sunday I got Dirty Feet! It was my first ever trail race (the Dirty Fee trail race series), being held locally in the gorgeous Kalamalka Lake Provincial Park. Kal' Lake was named by National Geographic as one of the 10 most beautiful lakes in the world, and I certainly couldn't disagree. It's one of our favourite hiking spots with spectacular views and only a few minutes drive from our house (in fact we can also hike straight from our front door up the hill to get an awesome view of Kal Lake - that along with Okanagan Lake, Woods Lake and Duck Lake - hey we live in 'Lake Country' right?!)But back to the race. They had several distances but due to a certain amount of apprehension on my part I decided to start 'easy (?!)' and just signed up for the 5km run. Whilst I'm running regularly these days I run on the road, and (more to the point) I run on pretty flat terrain. The idea of hills and trail was enough to make me run - in the opposite direction! Chris encouraged me by agreeing to take part as well (what a good egg, since he hasn't trained!) So.... 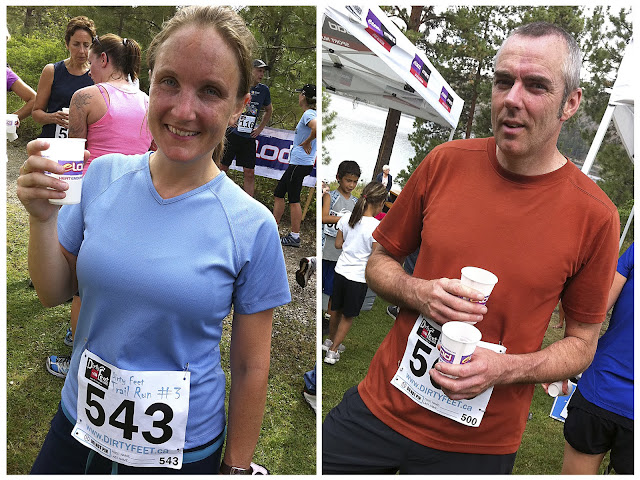 Bright and breezy on a decidedly overcast Sunday morning there we were. The start/finish line was right at the beach and there were 200 other daft people hanging around. It was a fabulously organised event with awesome sponsorship from North Face, Probar and Valhalla Sports (a great local outdoor clothing shop which likes to eat pay cheques for breakfast!). The 10k-ers and half marathoners headed off then it was our turn.

We set off a a surprisingly sedate pace (normally in road races everyone sprints away like gazelles!). Being narrow tracks there was little option for over-taking to start but since the hill climb started almost immediately after the first bend in the track it didn't matter, and I was thankful to discover that trail runners don't run all the time....and so the walking up hills bit started. And mostly went on for the next 2km.

Now I am lucky that so far in my limited running 'career' I have had the good fortune to be able to run downhill without pain (is that going to be the kiss of death now? - I AM touching wood?!) So once we got as high as we were going, I was in fine form. In fact I loved the second half of the race! My pace increased significantly and I was flying. There were three other people around me, and from time to time we would overtake each other, then get overtaken - back and forth! (And that little competitiveness in me was rather pleased I finally pipped the one couple to the finish line in the last 1/4km! - but thanks guys for the pacing along the way!)

I was pretty surprised and delighted to finish in just over 36 mins - 13th place! (lucky for some!)
No comments:

We've been enjoying out lettuce harvest direct from the garden over the last few weeks. Normally we're not lettuce-y people - sticking more to spinach and arugula, but I fancied trying my hand at growing a variety of things this summer and heads of lettuce was one of them.

Of course that meant we had to come up with some new ways to enjoy it.... 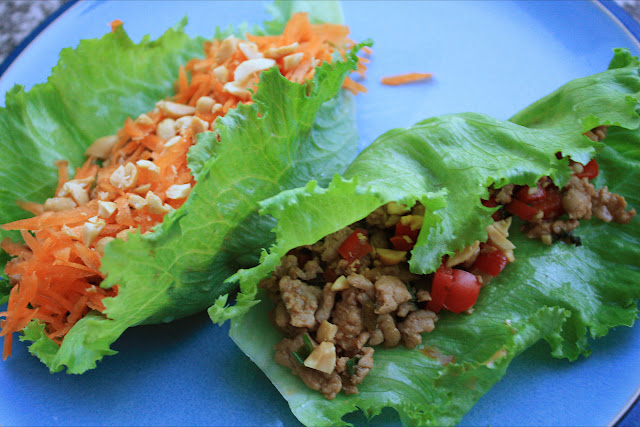