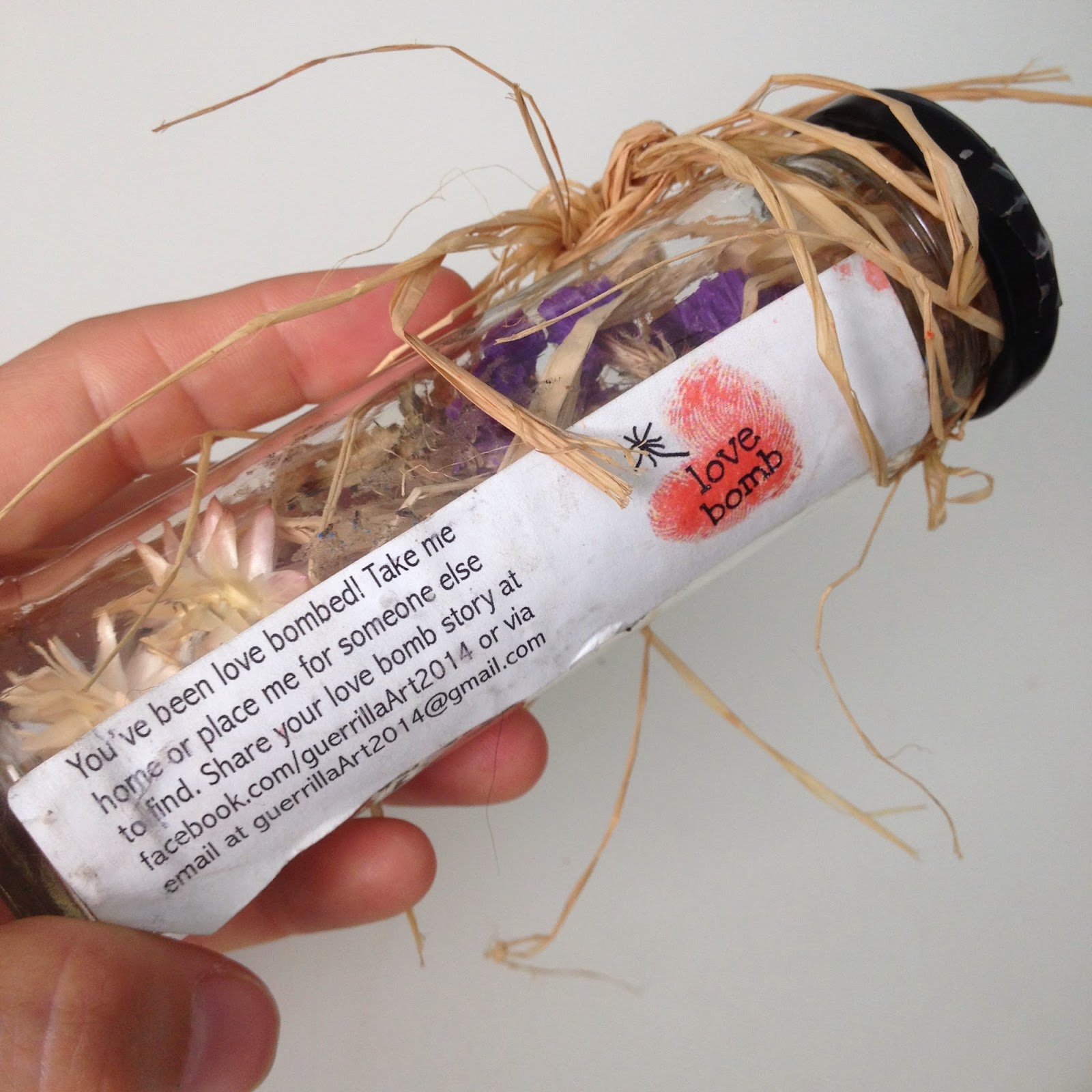 We 'found' this in our house a little while ago. We concluded one of our lovely Airbnb guests left it. It had been discreetly placed in our gym area in among the hand weights. Chris discovered it a couple of days later...and then he left it on the kitchen counter-top so when I got home from work I 'found' it too!
The idea is delightful! "Anonymous art in the name of love [and fun]" I 'found' our love bomb at the end of a day, at the end of tough working week...and the sentiment was just what I needed - a little boost of love!
This is the description of the Guerrilla Art Love Bombs from their Facebook page;

Who: We are an anonymous, ever growing inter-generational group of local folks dedicated to having fun and sharing artful messages of love, hope and opportunity in our community. Anyone who shares this view is welcome join us.

What: Our definition of Guerrilla Art is earth friendly, non-violent, non-destructive, dedicated to sharing positive messages. We create art by using found natural objects or recycled materials. Performance art will also be a part of our repertoire.

Why: We believe that getting folks of all ages together to have fun, create art, share food and music is the best way to change the world, inspire hope and build a community based on creativity and love.

Much as I'd love to hold onto this Love Bomb forever it seemed more in the spirit of things to pass it along. I got the boost of love and human kindness in that moment and that was enough - now it's time to do the same for someone else. 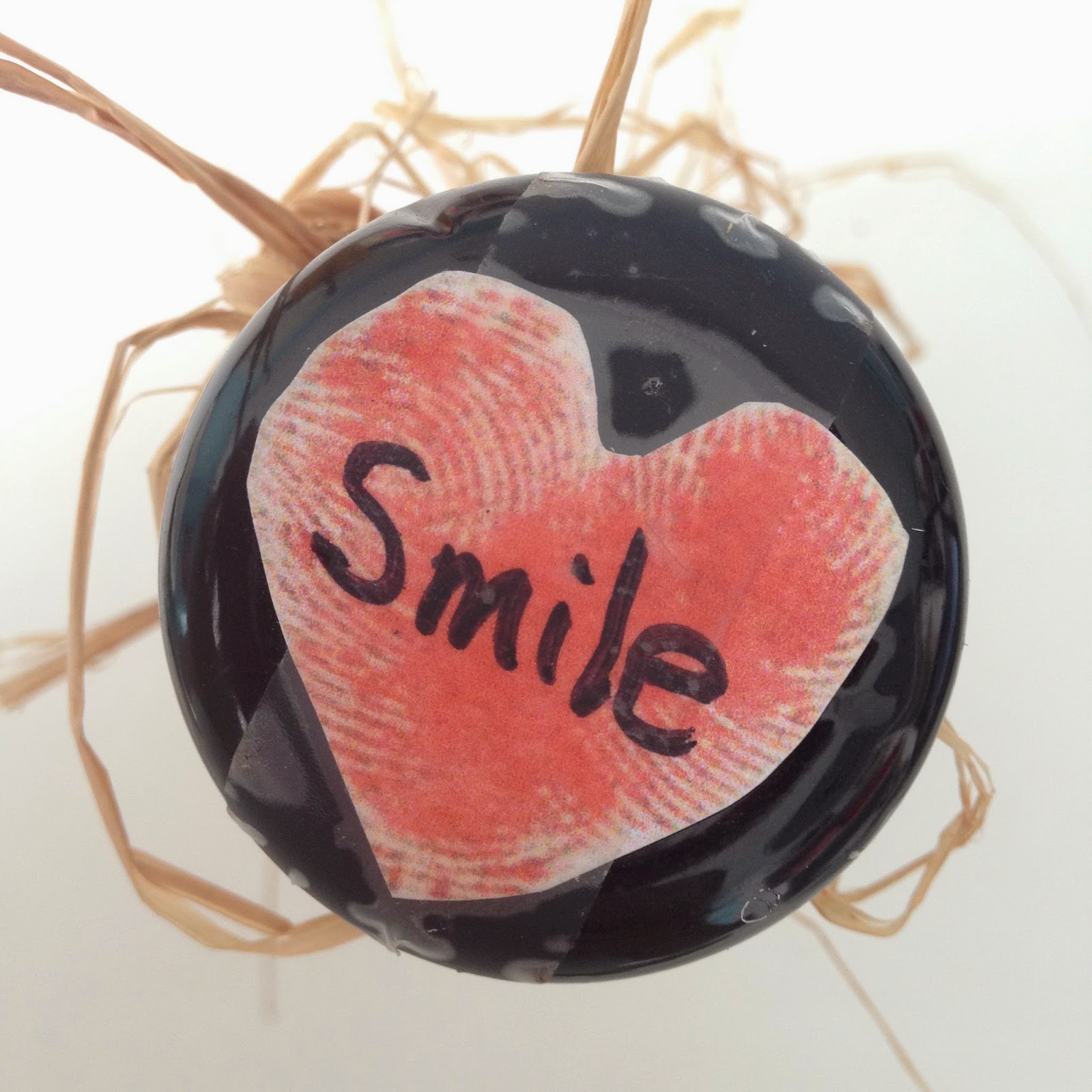 And I want to add to the movement by creating a couple of my own 'Love Bombs' - this is such a fun idea - who wants to join me? Let's spread the love!
Linking up today to Marvelous in my Monday #MIMM 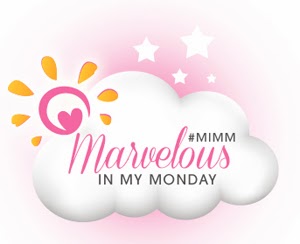 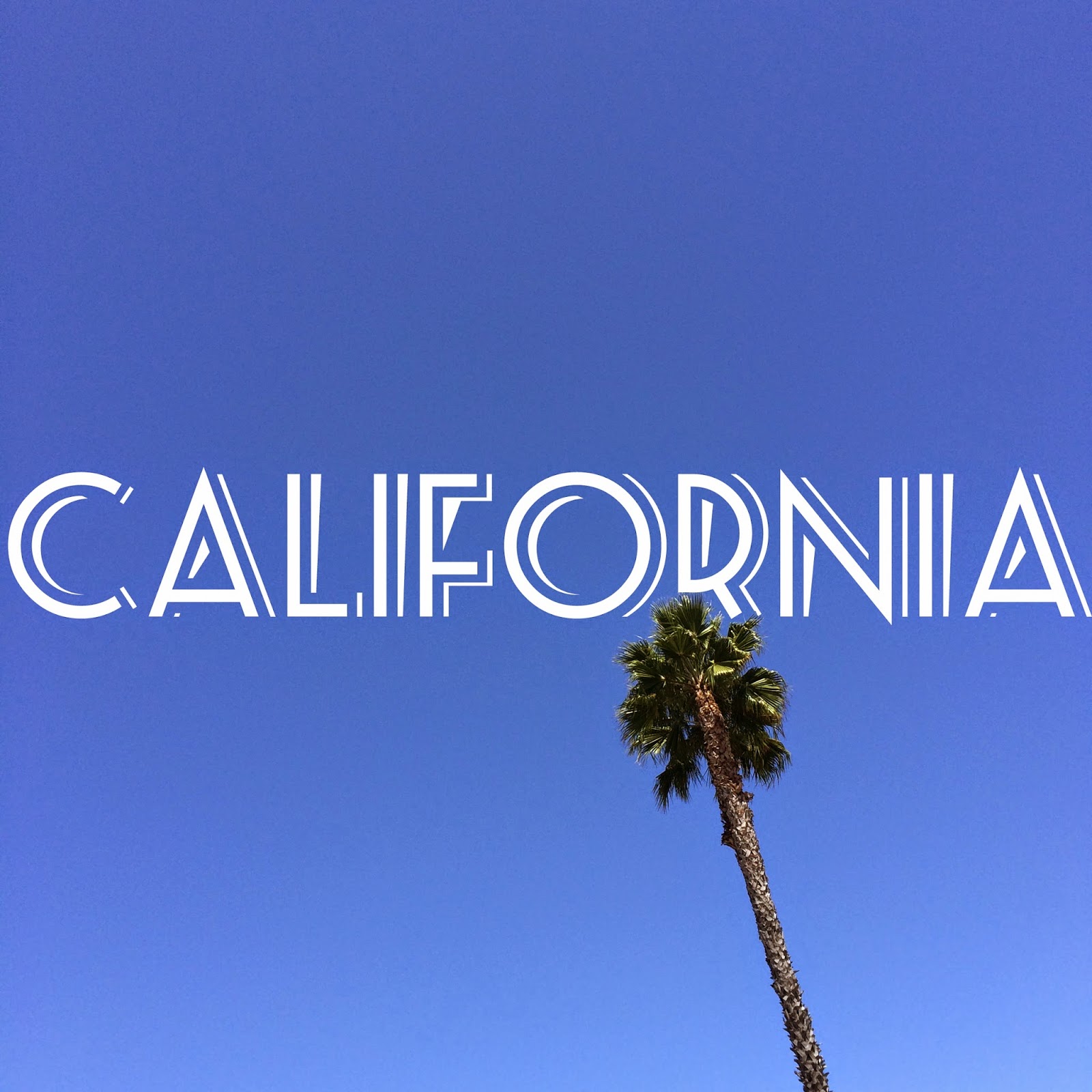 This year Chris and I tagged our vacation time onto my trip to California for Ragnar Napa. Much as I love getting away (far, far away!) it wasn't really on the cards for us this year so several months back we turned my 3 day Ragnar trip into an 11 day California vacation for the both of us! It's been long overdue with family and friends there that we were eager to catch up with.

It's funny how quickly 11 days passes by!

Having arrived in San Franciso on the Thursday afternoon we spent Friday and Saturday doing Ragnar. It was awesome to have Chris along as the Van #1 driver! But as I kept on telling him he'd be hooked and now he wants to do another - next time as a runner! After our exhausting 48 hours we arrived back in SFO and spent the night at the airport Marriott. Winding down after a adrenaline charged weekend of fun, friends and running we relaxed in the bar with cocktails and said our goodbyes to our team-mates.

Our vacation started on Sunday after a huge lie-in! We headed straight for the ocean and we'd follow the Pacific Coast Highway all the way south to Orange County where my Uncle lives. First stop was Half Moon Bay and we stumbled into the most fabulous breakfast of the trip! We'd driven the length of the main street in town, eyed up a couple of options to eat and then cruised along till we found a car parking spot. We pulled in right in front of Chez Shea and decided it looked as good as anywhere, so without a step further headed on in! The breakfasts were Mexican styled - huevos rancheros, salsas & sour creams served on the side of the scrambles, breakfast burritos and my choice chilequiles. It was all so good!


It was a long and gorgeous drive. From Monterey to Morro Bay the coastal route 1 is pretty remote with very few points of interest and even fewer settlements. We stopped frequently at the view points, and watched a gorgeous sunset and a small pod of whales frolicking in the ocean in the distance. Having started so late in the day we stopped that night in Santa Barbara and tried In-and-Out Burger that we'd heard so many people rave about.....uh....why?!! (Without doubt the worst meal of the trip - cardboard fries and tasteless soggy bun - ergyuk!)

Monday we made tracks down to Orange County. After 7 years we had decided to get the fabulous Tara Whitney to take our photos again and we met her in Laguna Beach for our photoshoot. It was fun (if a little akward feeling at times!) but we had complete confidence in her after the last time! And within just a week we've got some beautiful new photos of us that I will treasure.

Tuesday and Wednesday was time spent catching up with friends.

We took a day trip to San Diego to meet with Libby - a fellow Health Coach that Chris had met during his time studying with IIN. We had lunch in the Gas Lamp area of town and then took a trip out to Old San Diego for a stroll around the heritage park.

Friday was a day at Disney. We got Park Hopper tickets this time. We'd both done Disney before but had never been to California Adventure. After a 'quick go around' on all our old favourites in Disney we headed into California Adventure in the late afternoon. In the evening we hooked up with Valerie (fellow Tough Chik Ragnar team-mate) and her husband Jeff and their kids, along with my Uncle and Aunt. After a quick ride on Screamin' (yes, without doubt my FAVourite ride in the park!) we headed into the rather exclusive 1901 lounge in California Adventure (it's one of  the private lounges for Club 33 members - and thanks to Jeff and Valerie's membership we were all invited in!). Oh my! What a treat! The park had gotten crazy busy since Disneyland had closed at 7 so we retreated into this blissful vintage club lounge and were treated to exceptional service, hand-crafted cocktails and appetizer plates. It was a perfect way to spend an hour or two! Eventually the park beckoned and we headed out in time to see the Magic of Color show and a last minute ride on Screamin' (again!) and the Cars ride. 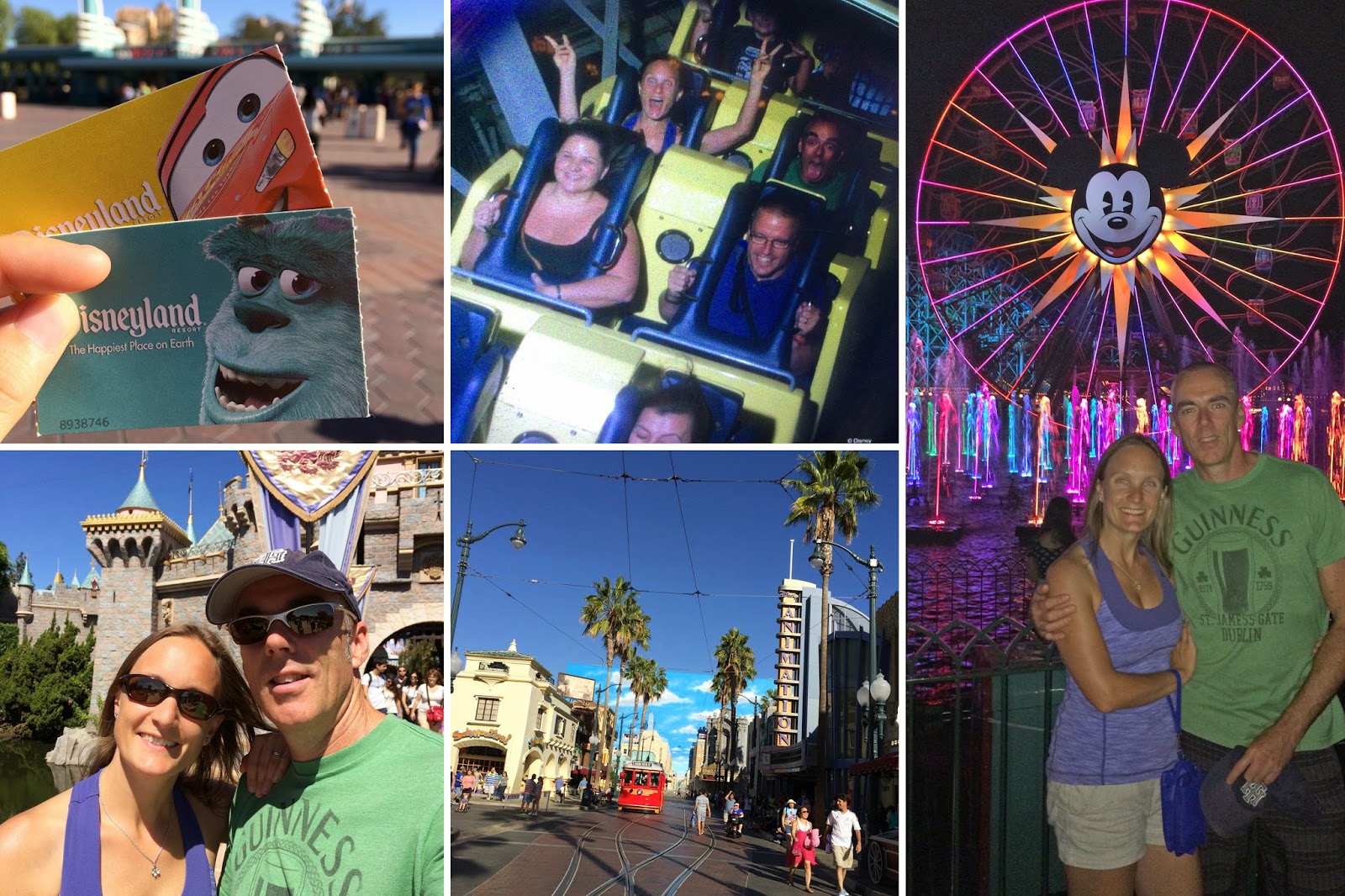 It's got to be a good day at Disney when your car is the last one in the lot!! After more than 13 hours in the most magical place on earth we were dragged kicking and screaming from the park at it's midnight closing! What a day! 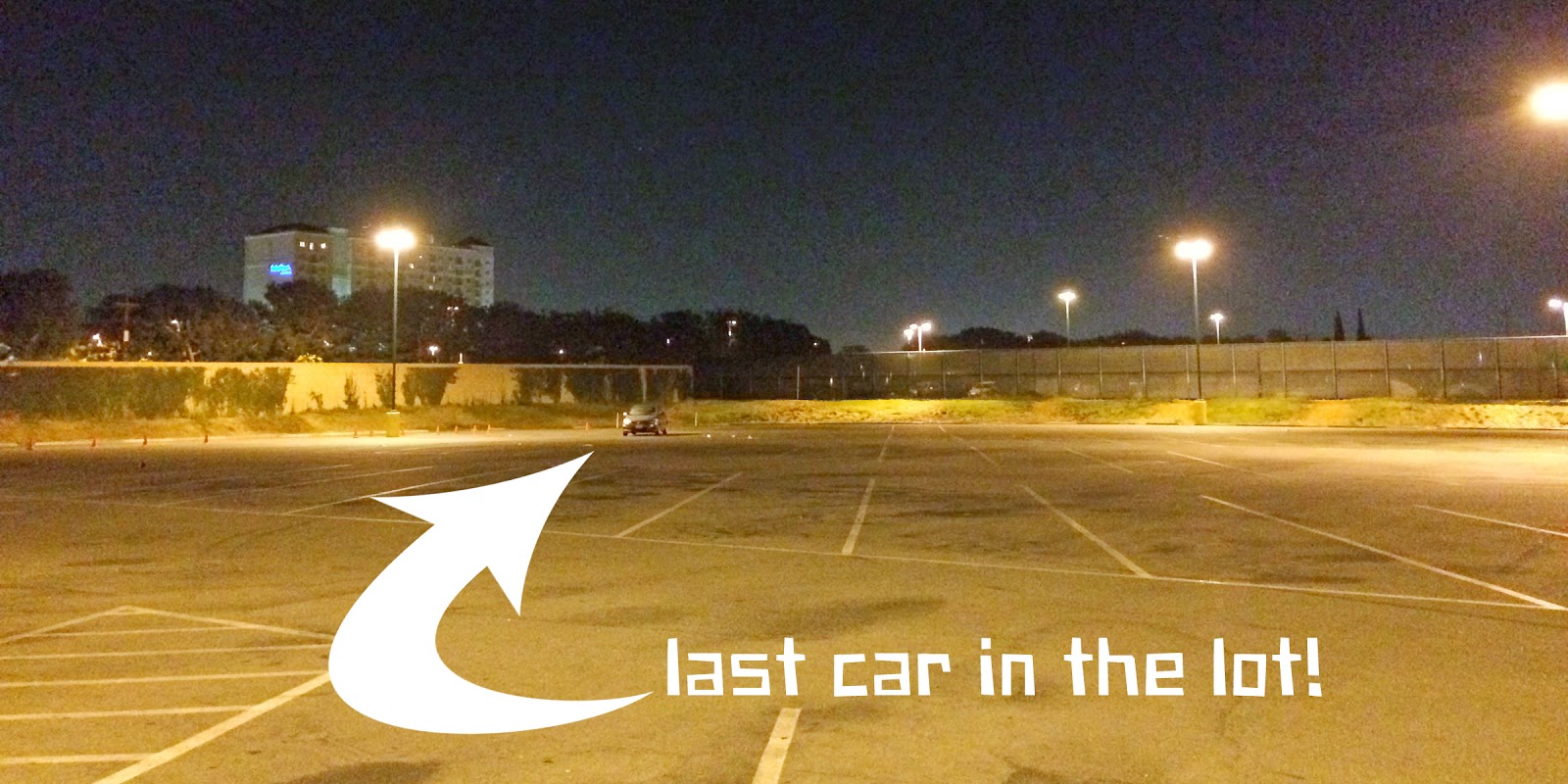 On our way back up to San Francisco I finally got to check off one of my bucket list items....To stay at the Madonna Inn in San Luis Obispo! Many, many years ago I'd read some chick lit book that mentioned this hotel and after a google search and seeing the photos I was hooked on visiting! The whole hotel is just pure kitsch! Full of garish pinks and florals and patterns it's a visual overload! It could almost be tasteless and hideous but yet it's completing enchanting! I loved it! We booked a waterfall rock room and were allocated the Misty Rock Room.

With 2 walls of the room built with giant rock boulders it was cosy and dark - cave-like! You really did have your own private waterfall as the shower water tumbled down the rocks onto you! Every one of the 110 rooms is individually and uniquely decorated and we strolled by some of the other rooms for a peek through the windows!! Even the public washrooms were crazy decorated! The men's room had a waterfall as the urinal! 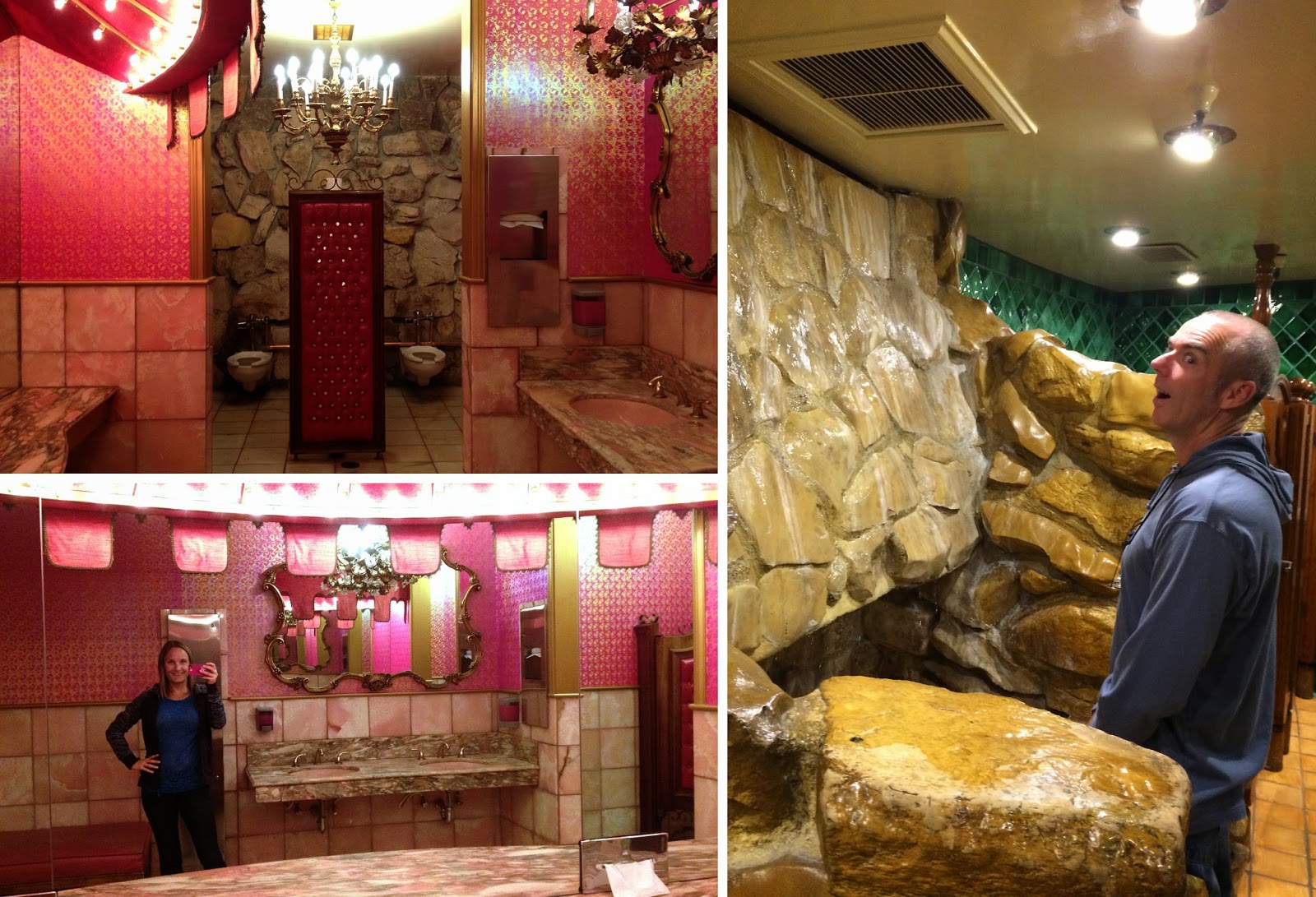 The rest of our busy trip included as many beach sunsets, beach bars and beach walks as we could cram in - from Laguna, to Crystal Cove to Pismo Beach and Torrey Pines we stopped at them all and loved every one!


California livin'.....we could get used to this! 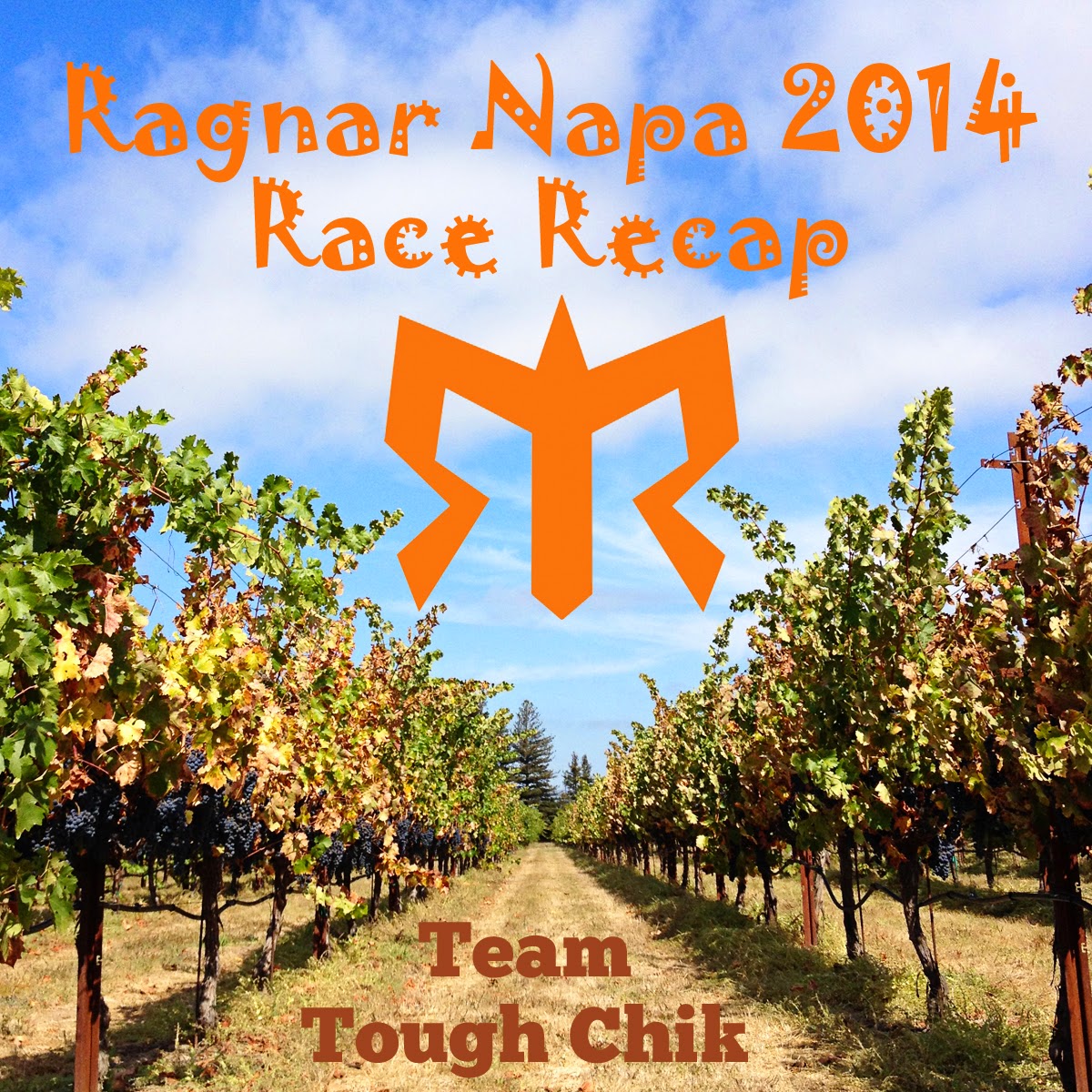 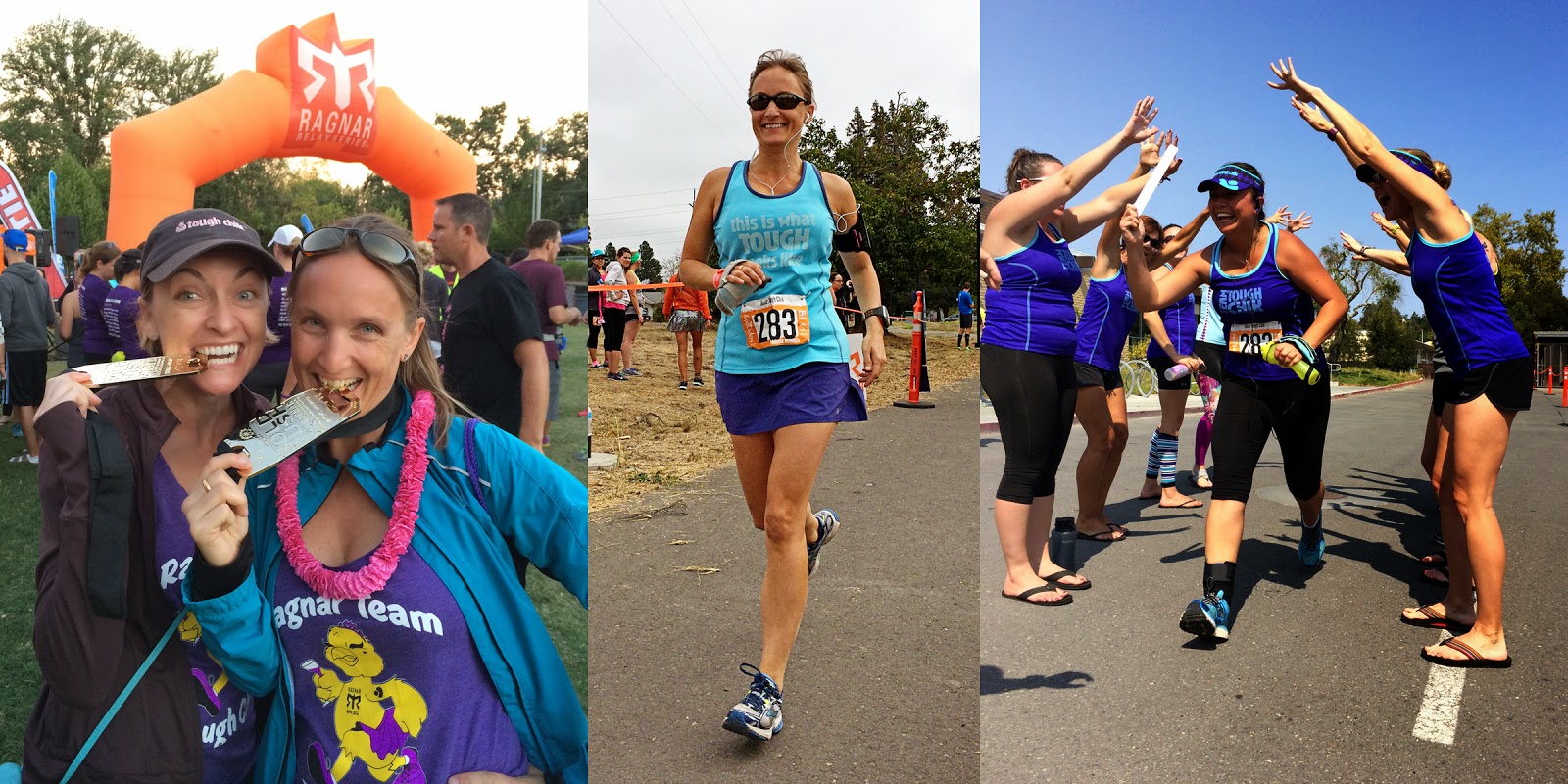 Thank you Team Tough Chik for organizing us, and for being the reason I did Ragnar in the first place! And if you'd like to be a part of this awesome group of women then registration for the 2015 Tough Chik team is open now until 15th Novr! It's open to ALL women, anywhere in the world, from beginner to pro athlete. We have a private facebook group where we hang out and stalk, share or over-share (whatever works for you!) and it's a great network of women passionate for their sport (whether it's running, tri, cycling or archery!) supporting each other and having fun! All you need to do to be part of this awesome team is buy something from the team gear catalogue - there's options for cycling, Triathlon or Running and from my past 2 years experience it's totally cute and great quality. I for sure will be back for my third year! Maybe I'll see you there?!
1 comment:
Newer Posts Older Posts Home
Subscribe to: Posts (Atom)