We spent our New Year's eve at a Hawaiian Luau. Sadly it was not in Hawaii but it was a ton of fun and we got in the hula girl mood!! (including Meli! - she had more fun that this photos suggest honest!) 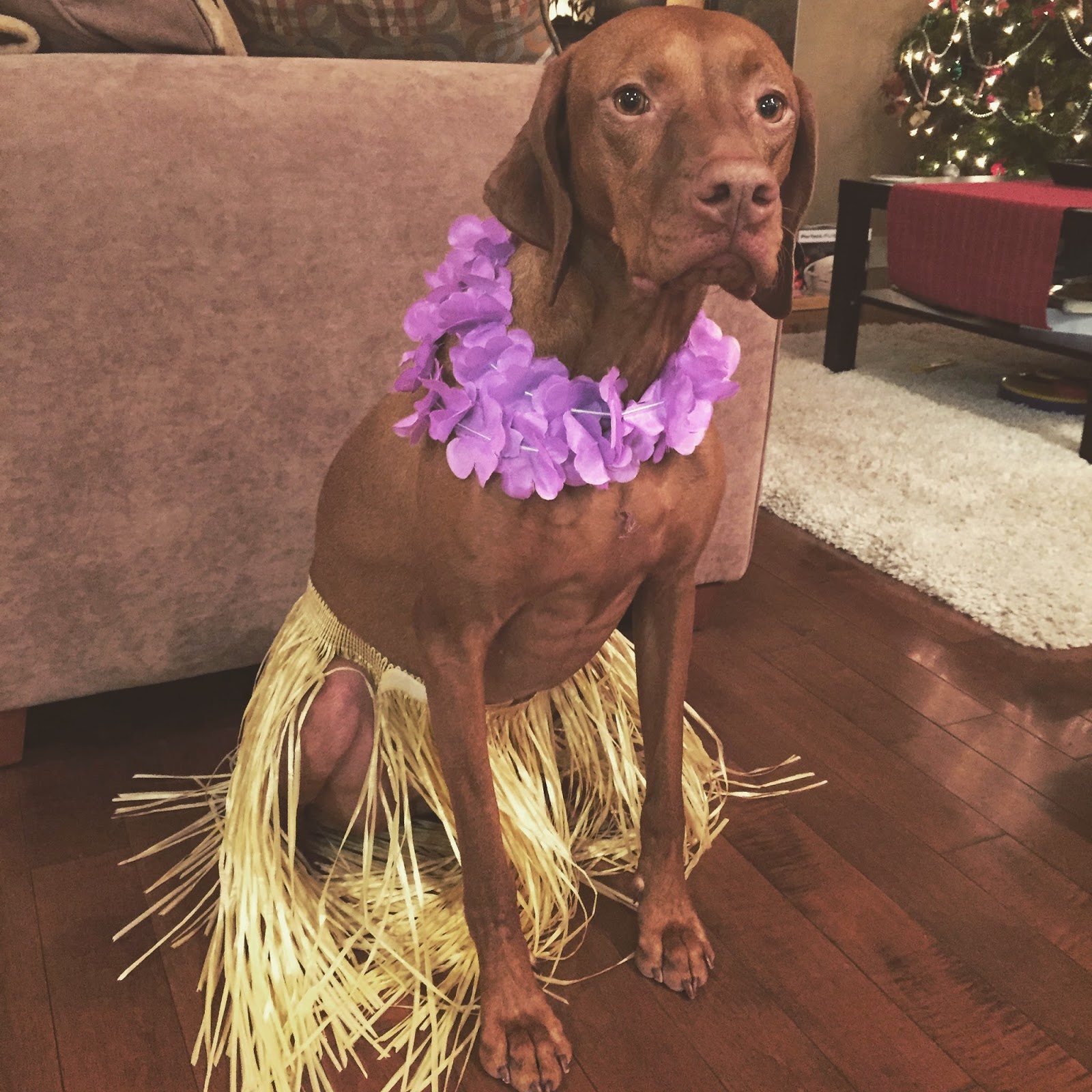 We hosted a Murder Mystery party! I purchased the game online from MyMysteryParty.com who have dozens and dozens of game options depending on the size of your group, your male/female ratio and even the age of the attendees (some games were specifically suited to kids or teens). Eventually I decided on the Hawaiian Luau theme - I wanted our guests to dress up, but didn't want the costumes to be too involved given the busy holiday season - and everyone has beach wear! (Even if it's buried away in the bottom drawer right now!)

Once you buy the game you get instant access to download your party pack and invitations. Despite the rather hefty 60 page document it wasn't too difficult to coordinate. As host I read through the first dozen pages or so to understand my role and suggested process of the party. The remaining pages were ready to print clue cards, games, 'investigation sheets' and recipes. Once printed I needed to cut up and seal into envelopes all the clue cards (We had 3 rounds of our game and 10 players). I also needed to print some miscellaneous bits and pieces like 'evidence records' and victim props.

The instructions were clear and for each round you were given a handy check-list of everything you needed, right down to suggestions on when you should be serving your food (it was suggested you based the evening around a 3 course meal). Much as I tried to absorb all the information I needed beforehand I did find myself retreating off to a quiet place a couple of times to review and 'prep' for the next round!

I had some fun with the decorations - I turned our lamp into a palm tree, we had grass 'fringe' all the way round the table and kitchen counters and we got some awesome giant tiki decorations for the wall and a beach scene that fitted our windows perfectly. We strung up some mini lights, had a tiki hut door fringe and decked our snowman on the porch out in his own grass skirt and leii! Salads were served in colourful buckets with spades as serving spoons. Honestly my creative side had a blast converting our kitchen and dining area a little Hawaiian paradise!! I got some perfect decorations and supplies from Party City and our local dollar store. (The 8ft Hanging palm tree was the priciest investment but it was totally awesome in our hallway - it's tempting to leave it up all year!!)

As host I had no idea who the victim was, nor who the murderer was. Again the instructions are clear as to how to ensure you remain in the dark and have just as much fun as the rest of the guests! I had to 'hide' away some props for the victim to use but until they got up to leave the room I had no idea! In the end our victim was Chris!! When he left the room his instructions had told him to go to the bathroom and find props that I'd left under the bathroom sink - there was white face paint (to make himself up to look 'ghost-like!', the weapon used to kill him (in this case a bloodied coconut!) and a funny 'victim' sign to wear! From that moment on he was still part of the game but couldn't talk - only gestures and hand signals allowed!! (think Charades!) - it was funny!

We cranked the heating up to 27-28 for the night so the place was hot! Just as well as we had Deanie & Liz in bikinis & Grass Skirts, Dustin as our resident life guard, a couple of beach bimbos, Amos as the useless waiter and a couple of total beach nerds - fisherman Jack and Sol the donut man.... 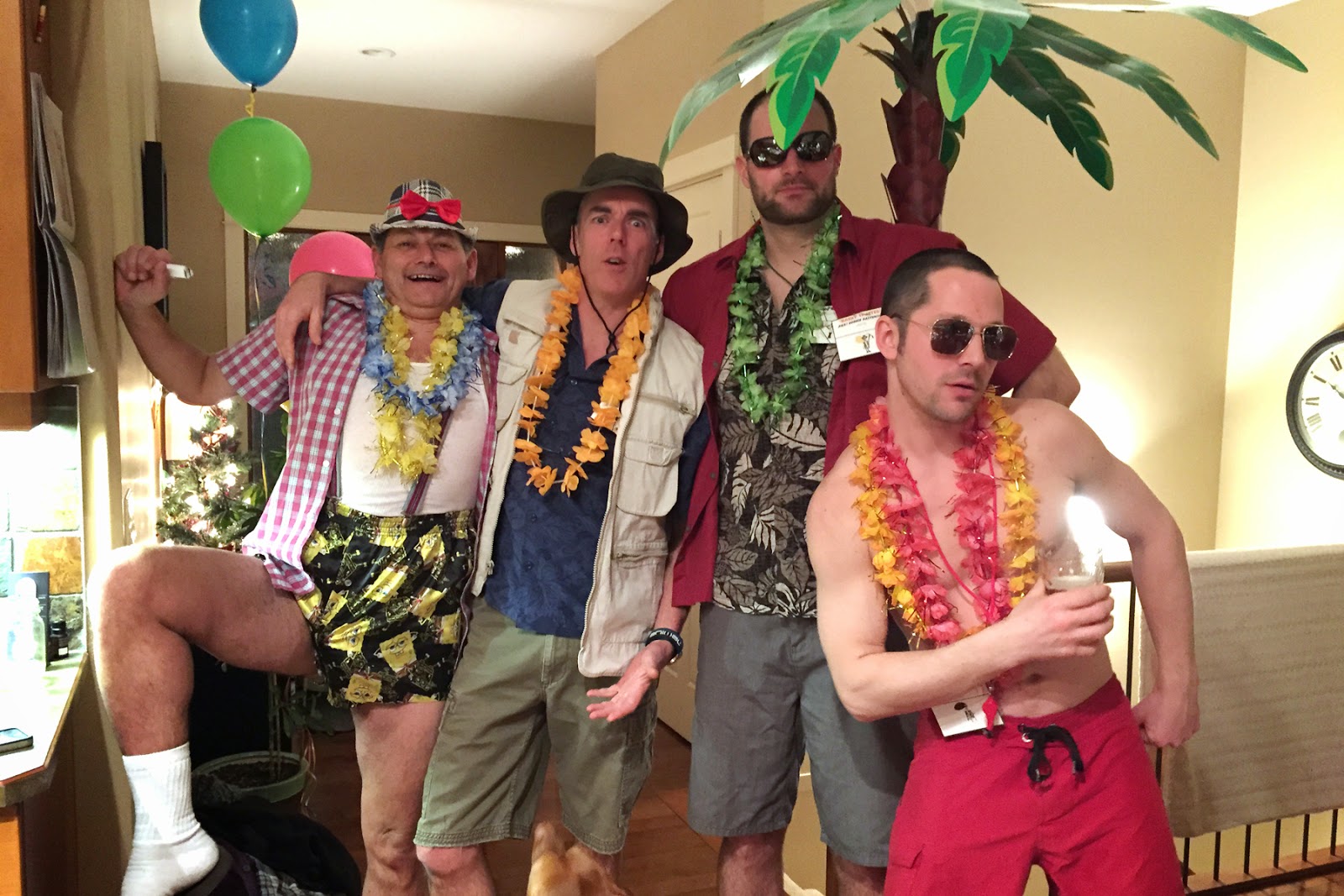 It was a lot of fun - great to have a bit of focus and structure to the evening rather than just drinking and chatting, though obviously there was plenty of that too! We'd arranged a little cocktail menu, and had plenty of snacks and appies - we barely made it to the main course of BBQ & Pulled Pork sliders! It was chaotic (made even more so in our case since we had a couple of characters pull out at the last minute so we had to improvise and had 2 guests play 2 roles each (with a mini wardrobe change to represent which character they were playing - it wasn't ideal but it worked - sort of!!) 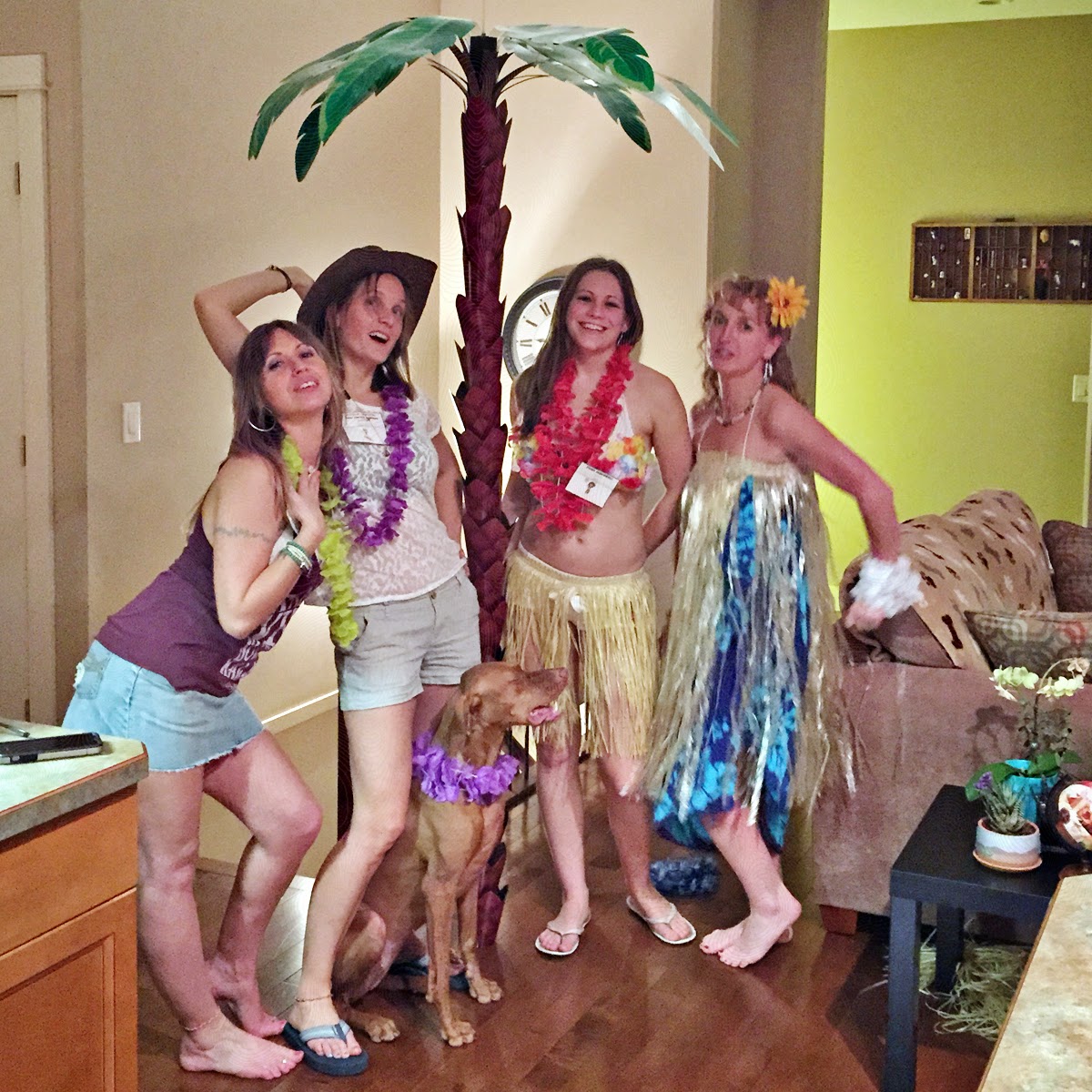 Characters would receive their clue cards on which they were provided info on themselves to keep secret and information they were specifically instructed to share with certain characters. There were also questions you needed to ask others, and information you were instructed to find out. By any means....we added in the optional 'money challenge - where everyone started off with 4 loonies and they could use them to bribe or pay for information! Each round provided the character with more information to share, conceal or acquire! 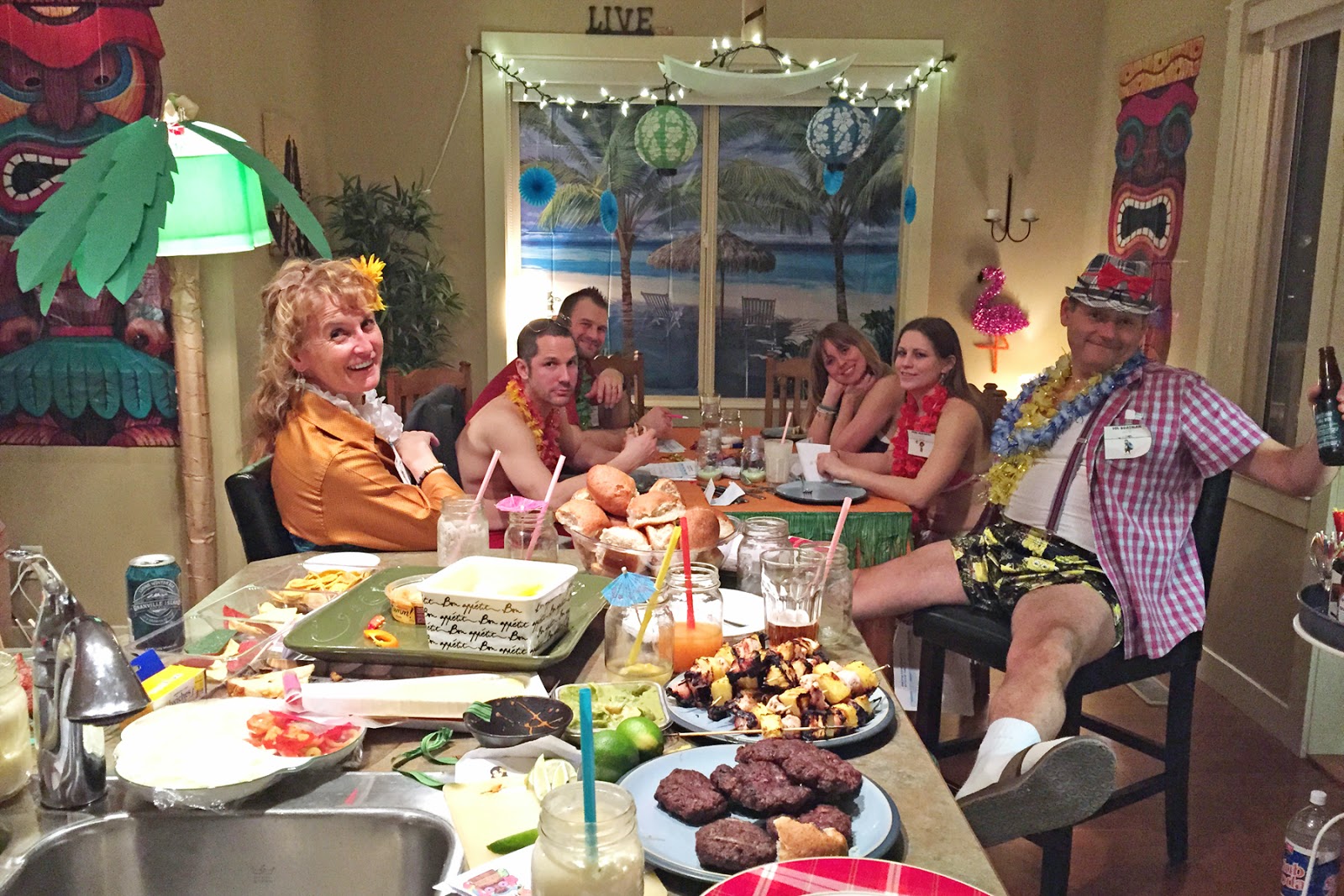 Let me just say that cocktails and Round 3 get messy! It was tricky to keep the momentum going towards the end but we just about managed it - we were all too jolly to be bothered by then! We finished off the game in style with our murderer revealed and instructed to produce a rap song of his dastardly deed! And shortly after we rung in 2015! Happy New Year y'all!