We hopped a flight to Dublin for our 7th anniversary weekend. (this is LAST weekend - I haven't had time to update the blog for a while!) After Ryanair cancelled the first flight we then had 9 hours waiting for the alternative, but we got there in the end! I'd booked an ideal hotel right off O'Connell Street in the centre of town. Perfect for exploring the city on foot. We didn't delay in heading out on our first night (in fact on all three of the nights we were there!) We enjoyed open mic live comedy in a pub, drank plenty of Guinness and Irish cider, caught up with 2 old friends of Chris's, took a tour of the Guinness Storehouse, wandered the cobbled streets of the Temple Bar district, sat and relaxed in the grounds of Dublin Castle, stuck our fingers in the bullet holes at the GPO building where the 1916 Easter Uprising took place, walked along the river Liffey and drank some more Guinness and Irish cider. 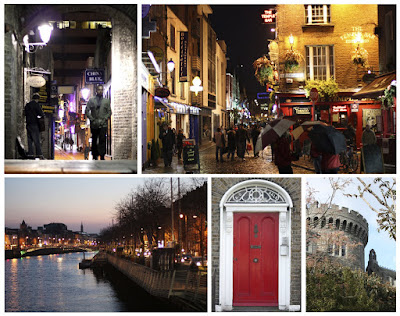 Dublin is a beautiful city. We just enjoyed the short time we had wandering aimlessly. It's all very compact so ideal for strolling and plenty of pubs for some liquid refreshment en route - and they seem so attractive - all cheerfully painted and decorated - how could you not stop by! 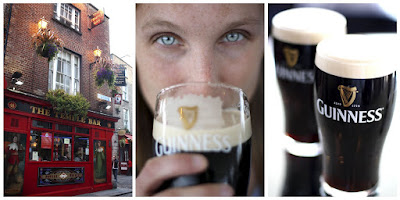 On our last day we took a bus tour out into Co. Wicklow moutains and the medieval monastic settlement of Glendalough. We lucked out on the weather - it was mostly dry and blue and we relaxed and enjoyed listening to the lovely dulcite irish accented tour guide! We also visited the village of Avoca and the oldest handweavers in the country - dating back to the 1700's. Their weaving was gorgeous - but far too expensive for us gypsies so we satisfied ourselves with lunch in the resturant instead!

But all of this was because 7 years ago Chris and I thought it wasn't such a bad idea to get married after all - and with 7 years of getting used to the idea it was one of my better decisions!! Happy Anniversary Chris! - 7 years, 7 different countries and not an itch in sight! 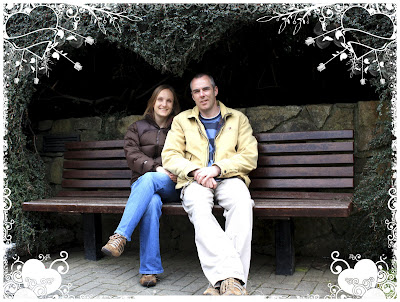