I'm attempting to shift priorities in my life right now. I've always taken pride in being super organized, and when I'm at work my time management is awesome. I'm effective and efficient. But when I get home it's a different story. I could blame it on my dear husband, but when we're together we are marvelous at spending an awful lot of time doing nothing. I do love doing nothing, but I don't like not getting things done. Work life has been crazy busy for me this last month, and I've been juggling 3 jobs/projects. It's been a buzz and I've enjoyed it but when I get home I've been too frazzled to keep me head straight. I try and keep lists of 'to do' items for home - I do like the 'ticking off' part to motivate me to get stuff done but my exercise has ended up being one of those items I feel like I need to be 'ticking off'. And that seems ridiculous. 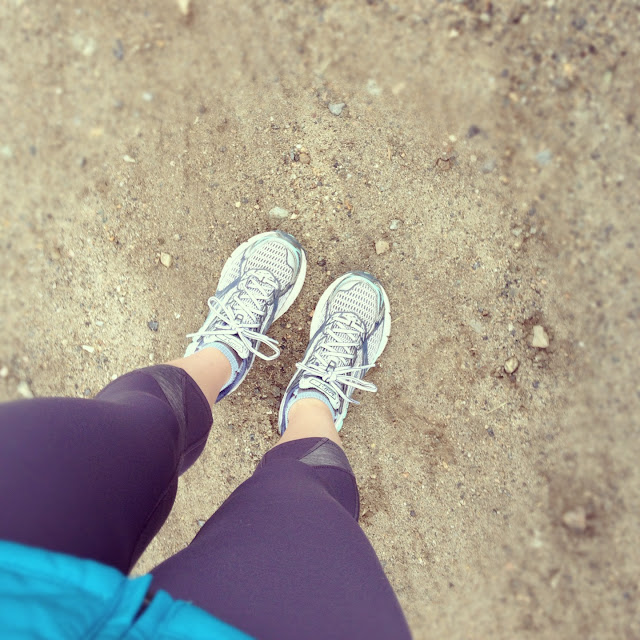 All winter long I yearned to be out running. I admit it was probably easy to be vocal about wishing I could run, when at the time I couldn't do anything about it. And unfortunately the injury lingered on into April. But it's been around 6 weeks now since I've put on my big girl pants and got on with it. And as far as the ankle goes, exercise certainly isn't causing it any additional grief or pain - just stiffness (but after an Ortho' consult yesterday (finally!) it was pointed out that I ain't getting any younger!) I'm fine with that. And I am enjoying being back and running again. A marathon in less than 4 months is motivating the heck out of me. It's nerve-wracking having committed to such a race with no winter base of training. I started again from scratch come late April/May - and from scratch I mean a 3 mile run was a challenge. I'm anxiously upping my mileage each week and this past weekend I did make it back to my first 10 miler without dying. (no seriously it was fine, slow, but fine!) Added to which, I am once again carrying around what I've dubbed my 'winter weight-belt'. The last 2 years now I start the spring with an extra 8lbs compared to what I ended the summer/fall season with. It might not seem like a huge amount but on a reasonably slim build 5'3" person that 1/2 stone is quite a bit. Last year my times and pace in running didn't improve till as late as September when the weight finally shifted right off. So I've got that to keep in mind too...

So, what am I doing about it?

Traditionally I'd always been a morning exercise person, but in the spring when it's cold and grey and I was only doing little distances it was easier to go running after work. Only when it gets too hot do I start running in the mornings to beat the heat. And so far it hasn't been too hot. But my run is screwing with my evenings and hanging over my head as a 'chore', and that's a crap way to think about running.

Finally, after a light-bulb moment last night I realized I needed to start setting that morning alarm clock again regardless. (I think then my brain was in such overdrive about it all that I then had a lousy nights sleep and kept waking up thinking I'd missed the alarm clock.) So despite the grey, chilly, rainy* (and I don't 'do' rain - so this was true commitment!) morning I got up and went. And it felt good (and faster!). It was refreshing and sweet and invigorating. And now at 10.30am, I'm sat at work, feeling smug and rather pleased with myself, and I can look forward to my evening so much more, and all those other things on my 'to do' list seem so much more doable. That little shift was just what I needed.